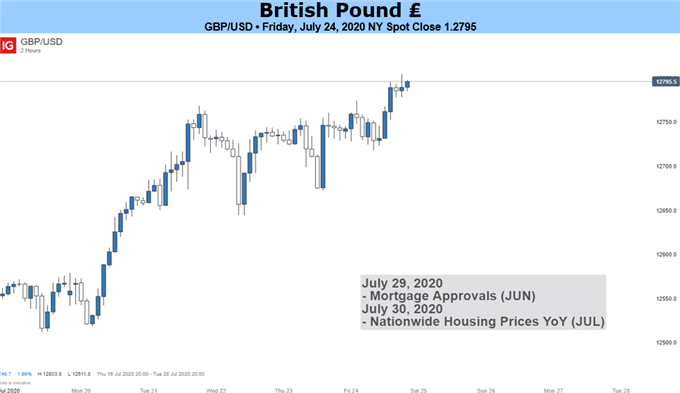 Statements from Michel Barnier may renew ‘no deal’ Brexit concerns, with the European Union’s chief negotiator warning that the “current refusal to commit to conditions of open and fair competition and to a balanced agreement on fisheries makes a trade agreement, at this point, unlikely”.

Barnier stated that although the EU has “continued to engage sincerely and constructively” the United Kingdom has not “shown the same level of engagement and readiness to find solutions respecting the EU’s fundamental principles and interests”.

The road blocks to progress boil down to two major issues, “the level playing field and fisheries” as once again the “UK did not show a willingness to break the deadlock”.

With the EU “always insisting that an economic partnership with the UK must include robust level playing field rules and an equitable agreement on fisheries” Barnier clearly believes the ball is firmly in Prime Minister Boris Johnson’s hand.

Echoing the sentiment of his European counterpart, UK chief negotiator David Frost conceded that “considerable gaps remain in the most difficult areas” as it becomes “unfortunately clear that we will not reach in July the early understanding on the principles underlying any agreement”. 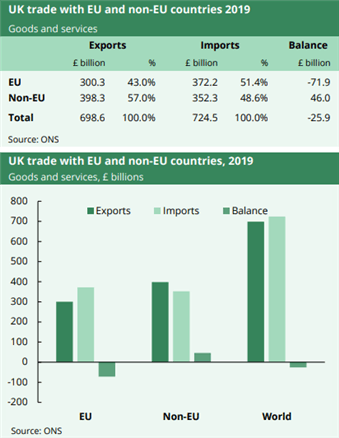 As mentioned in previous reports, the inability to successfully ratify an agreement before the year-end deadline would be economically crippling for both parties, resulting in the imposition of restrictive quotas and tariffs.

Cognizant of this harsh reality Barnier believes that “we must come to an agreement in October at the latest, so that our new treaty can enter into force on 1 January next year [meaning] we only have a few weeks left, and that we should not waste them”.

To that end, developments in the coming weeks should be closely monitored by market participants as any signs of progress may help to underpin the British Pound against its major counterparts.

Conversely, a lack of progress as discussions “intensify”probably hampers the performance of the GBP/USD exchange rate and regional risk assets.

Compounding the weakening fundamental outlook for the British Pound is the substantial escalation in UK-China tensions as Chinese Foreign Ministry spokesperson Wang Wenbin reiterates “that we oppose the UK’s interference in Hong Kong affairs and China’s other internal affairs”.

Wenbin urged “the UK to wake up from its colonial dream, correct its mistake immediately and stop interfering in China’s internal affairs to avoid further damage to China-UK relations”.

However, these threats may fall on deaf ears as US Secretary of State Mike Pompeo calls on his “fellow allies [to] push back against the Chinese Communist Party” and not return to the “old paradigm of blind engagement with China”.

With the United Kingdom seemingly following the lead of its US counterpart a continued escalation is more than likely, with vitriolic rhetoric potentially escalating to trade-based retaliatory measures and possibly hampering the already fragile recovery of the British economy. 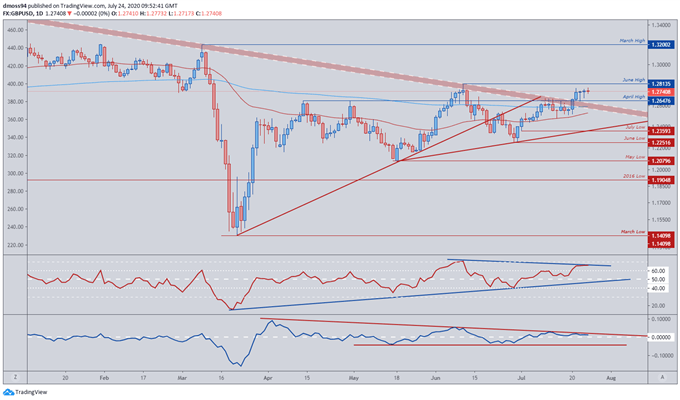 From a technical perspective, the GBP/USD exchange rate looks poised to reverse lower as a series of bearish Hanging Man Doji candles form just shy of the June high (1.2813).

Moreover, price may have carved out a potential Double Top reversal pattern after breaking through the downtrend extending from the 2019 high (1.3515) and April high (1.2648).

The development of the RSI reinforces the bearish outlook seen in price action as it diverges with price and flops prior to jumping into overbought conditions.

A break below the April high (1.2648) may invalidate the break of the yearly downtrend and potentially open up a path for a retracement back to the July low (1.2359).